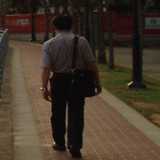 Joe Blessett is a recording artist, who tried his hand at being an entertainer and realized his own limitations.He longer performs live shows, but he still loves creating Jazz, to RnB, Smooth Jazz to Fusion, experimental recordings.Working from his private studio for his own record label and publishing company

Radio XND
We are committed to bringing you an exceptional listening experience. Whenever, wherever, and whatever you like to listen to, Radio XND gives you music to live by. We cover genres from jazz to rock, new age to oldies, and everything in between We are always expanding to offer new music selections to our audience!. We find the best music in each genre and create playlists that give you the music you want to hear.